The seventh day of the seventh month of the lunar calendar is known as Qi Xi Jie, a traditional holiday that has been recently called China’s Valentine’s Day.

The story of the Niulang and the Zhinv has been given profound meaning since ancient times. Today, we replace the moonlight in the sky with lasers ，and laser-engrave metal bookmarks, letting beautiful stories come into our reading life. 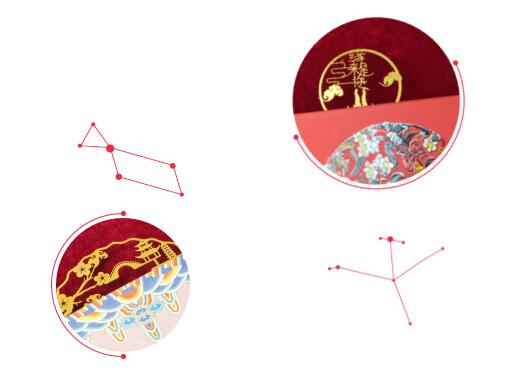 When making bookmarks, businesses can choose stainless steel with gold plating. It has both luster and toughness, and is durable and easy to store. It is the best choice for bookmark materials. On the basis of laser engraving, businesses can also follow the trend of the public, and increase the painting process to make the bookmark more decorative, vivid and cultural.

The 2,000-plus-year-old history marks the star-crossed love between a cow herder Niulang and Zhinv, a weaver of clouds and the daughter of the Jade Emperor who is the Daoist ruler of heaven.

The story goes that the two fell in love and got married, but their bond was met with disapproval by Wangmu, Zhinv’s mother and the queen of heaven. With a swift move of her hairpin, she separated the two with a river in the sky, known today as the Milky Way. Since then， Niulang is viewed as the star Altair and Zhinu as the star Vega.

But the queen took pity on them and gave them one night of the year to spend together. On Qi Xi Jie, the queen is said to send magpies to bridge the celestial gap between the two star lovers.

The lovers were once immortalized by Song Dynasty poet Qin Guan: “A night of rendezvous, across the autumn sky. Surpasses joy on earth.” here is a translation of that poem Fairy of the Magpie Bridge.

The tale seems to be an interpretation of the prominence of the two stars Altair and Vega, which together with Deneb, make up the Western constellation, The Summer Triangle, which is highly visible in the summer in the northern hemisphere.